Chrome OS – Everything you need to know 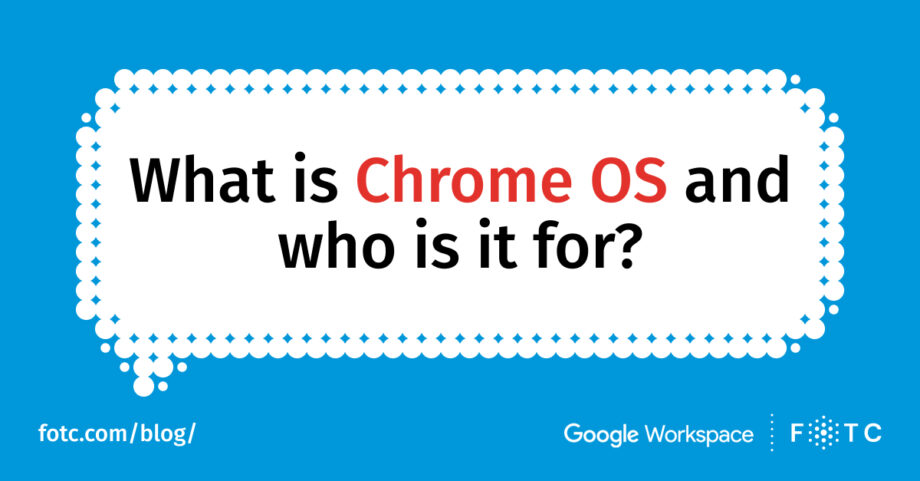 If you’re in the market for a new laptop, Chromebooks are one option to consider. You can find this new generation of business laptops on the market as a collaboration between Google and some of the most well-known manufacturers of portable computers. However, with the purchase of a Chromebook, you will also change your computer’s operating system – say goodbye to Windows or macOS and become acquainted with Chrome OS.

Chrome OS as an operating system is a safe and energy efficient option for your work device. With Chrome OS and a Chromebook, you work directly in the browser and with installed apps from the Google Play Store. We’ll walk you through what Chrome OS is, how it works, and what are its strengths so you can decide if it’s a good option for you and your business.

Chrome OS is a Linux-based operating system developed by Google specifically for the Chromebook range of laptops. These mobile computers are intentionally designed to run web applications in the full Google ecosystem. You need your Google address to open a Chrome OS laptop, you’ll use your Google account to store all your data, and you’ll be constantly signed in to all Google services and apps. An easy-to-use operating system, secure and integrated with all Google services, on Chrome OS you can install and use applications from the Google Play Store and the Google Workspace suite. You can organise your files on Google Drive, process text, sheets and presentations with Google Docs, Sheets and Slides, you can relax with music and videos on YouTube and continue creative projects with editing programs, and the list does not end here.

Why choose Chrome OS for your company?

Start with a 30 days free trial!

How does Chrome OS work?

Chrome OS is an operating system synchronised with all cloud services offered by Google. While other traditional operating systems require hard disk space and knowledge to install and maintain, with Chrome OS you get the operating system itself operable in the browser. Google took a simple concept with a web-based operating system that became a huge success in the era of portable computing.

Chrome is designed to run best on SSDs as opposed to traditional hard drives, in part because they are less prone to failure. Another reason is the principle of storing data in the cloud, online, encouraged by Google. This also solves the need for local storage space on devices.

How do I install Chrome OS on my device?

Apart from Chromebooks, which come pre-installed with Chrome OS, this operating system can now be installed in beta version on other devices as well. This beta version is called Chrome OS Flex, and it’s especially intended for older, less capable computers.

To install Chrome OS on a computer, you will first need a USB with at least 8 GB of storage space. You will store the software part on the USB stick and install it directly from it on your device. Discover down below the steps you will need to go through to install your Chrome OS Flex:

Learn more about Chromebooks and Chrome OS from FOTC Chrome Specialist Sebastian Sandach, reachable by phone at +48 532 519 006 or email at ss@fotc.com.

Read more on the subject:

What are the differences between Chrome OS and Chromium OS?

Chrome OS is a hybrid system that, when used on a Chromebook, performs better than devices with a similar design. For many interested categories such as companies, corporations, schools, non-governmental organisations and application developers, Chrome OS provides an ideal working platform.

Along with the discussion of Chrome OS, you will also come across the concept of Chromium OS. Although they are products from the same family, the two do not cover the same needs. Chrome OS needs licences to be able to run binary packages like Flash or PDFs on hardware like Acer, Samsung, Lenovo and HP.

At the same time, Chromium OS is an open source project, mainly used by developers, with an available code that anyone can check, modify and create applications off of. This is basically an open source browser, initiated by Google, from which various other products created by other companies can begin to take shape.

Can Chrome OS be used offline?

While Chrome OS is a cloud-based operating system, you can still accomplish many tasks ahead with an offline Chromebook. However, you need to prepare in advance for times when you will need to work offline in Chrome OS.

Certain key services that require cloud connectivity to work also require previous settings to be accessed offline. In fact, you will be able to solve other tasks offline only with the help of third-party software components. However, none of these settings are difficult to plan.

Which Google Workspace services or Chrome OS apps can be used offline?

Who should use Chrome OS and why?

Chromebooks have been around for more than 10 years, and their evolution has recommended them for school assignments, student work, business or even family laptops. Almost anyone can use a Chrome OS device, with the flexibility of a laptop that only requires a single Google Account to keep all apps and services connected.

With a single Google account, you can log in on your laptop equipped with Chrome OS and have access to services such as Maps, Docs or Drive. You log in and you can start working right away, without separate accounts and passwords. Want a new app or service to complement your work? You open Google Play Store and in a few minutes you can resume your activity.

Not sure if a Chromebook with Chrome OS is good for you? Start a list of all the apps you use on your computer and don’t forget to include entertainment and other things you enjoy as well. If all of these are accessible in a web browser, then Chrome OS is the perfect solution for you.

If you’d like to make a purchase or talk with an expert, contact Sebastian Sandach, ss@fotc.com , +48 532 519 006 – we are official B2B resellers of Chromebooks in the UK and CEE markets. 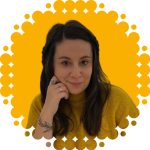