How does the network of courier points use the potential of Google Workspace? 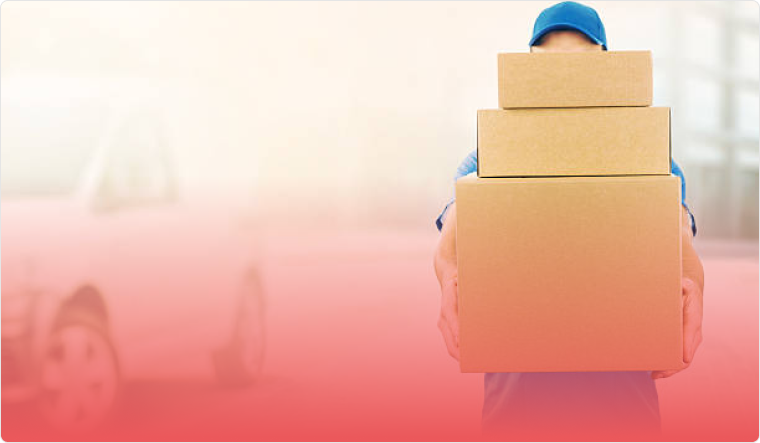 Pakersi courier points form a network that has been growing rapidly thanks to a refined franchising model. It has become highly successful also thanks to the fact that its management board doesn’t hesitate to implement, test, and improve best practices borrowed from larger foreign corporations. The personal growth of its people is supported by individual sessions with a business psychologists, and online team collaboration takes place in Google Workspace (formerly G Suite).

A modern franchise network with outlets spread across Poland needs to have a coherent communication system and a convenient solution to manage its electronic circulation of documents.

Google Workspace is ingrained in our company's DNA. I’ve been in favor of keeping documents under control since the very beginning. If someone develops procedures, describes job posts, or generates any other business documents, it is done on Google Drive. Kamil Kik, owner of Pakersi.pl

The solution to the problem

The convenience offered by Google’s apps impressed the owner of Pakersi as early as when he was an individual user. That’s why it was only natural for him to go for Google Workspace when he launched his own business.

Google Workspace is ingrained in our company’s DNA. I’ve been in favor of keeping documents under control since the very beginning. If someone develops procedures, describes job-related responsibilities and requirements, or generates any other business documents, it is done on Google Drive. This way, the documents can be easily found, shared, or even transferred to another account if necessary. We’ve been consistent with keeping all our business matters digital that’s why our documentation is well organized. Kamil Kik, owner of Pakersi.pl

Both the company’s employees from the headquarters and its franchisees have Google Workspace accounts and the vast majority of communication within the network of courier points is handled with the use of the tools included in the suite. The employees create most files in Google apps and store them safely on Google Drive.

Internal communication is based mostly on Gmail as well as on quick messages on Discord. When it’s necessary to talk about some business-related matters remotely, the employees connect using Google Meet. Especially now, when Pakersi combine remote and on-site work on account of the lockdown, the communication tools available in Google’s ecosystem prove to more dependable and reliable than ever.

There are people who join our team but didn’t have experience with Gmail or Google apps in their previous job. They start using Google Drive because they have to – this is the tool we use to make the documents they are to work on available to them. Everyone quickly discovers that it’s an interesting and convenient solution. Kamil Kik, owner of Pakersi.pl

We run our Sales Academy courses for our franchisees in Google Classroom. We monitor if our teams deliver the courses and the tool in question really helps us organize the entire path of education for new hires. Kamil Kik, owner of Pakersi.pl

Two-step authentication is the essential measure used to secure the account of Pakersi’s employees – it is switched on by default for everyone. The company takes the risk of data leakage very seriously so restrictive sharing settings eliminate the risk of occurrence of a mistake.

In dispersed organizations – such as a franchise network, an  access point security system is a must. Pakersi’s mobile devices remain under an administrator’s remote supervision. If someone loses a company laptop or mobile, the procedure of locking a lost device and erasing company data from it remotely makes sure that they won’t make it into the wrong hands.

Service configuration and collaboration with a Google Cloud Partner

Our company administrator of the Google Workspace instance speaks particularly highly of the console’s user-friendliness and the possibility to add new users quickly. After a preliminary configuration, it’s enough to make sure that new accounts are added on an ongoing basis – it doesn’t take more than 2-3h per month even though the company grows at the rate of about 20 new partners a month on average. Kamil Kik, owner of Pakersi.pl

The cloud is so easy to use in practice that managing it doesn’t affect the core of the company’s daily schedule at all. The owner of the company explains why he decided to move their instance from Google to FOTC as follows:

I’ve known about FOTC for a few years now. We had our earliest licenses implemented in direct collaboration with Google, but we discovered later on that working with a local partner translated into discounts and quick technical support. The process of changing the provider was seamless. It took a few minutes, actually. If I had realized it would be so quick and easy, I would’ve decided to switch to a partner much sooner. It’s good to know that there’s someone who can provide us with support in the Polish language when there are new challenges involved in the use of the service. Google offered support only in English, and communication concerning tech-related matters is much easier in your native language. It’s a really good idea to work with a local partner as it makes many things easier and may have an favorable effect on the price of the service. Kamil Kik, owner of Pakersi.pl

By continuing to use the site, you agree to the use of cookies.AcceptDon't ask me again