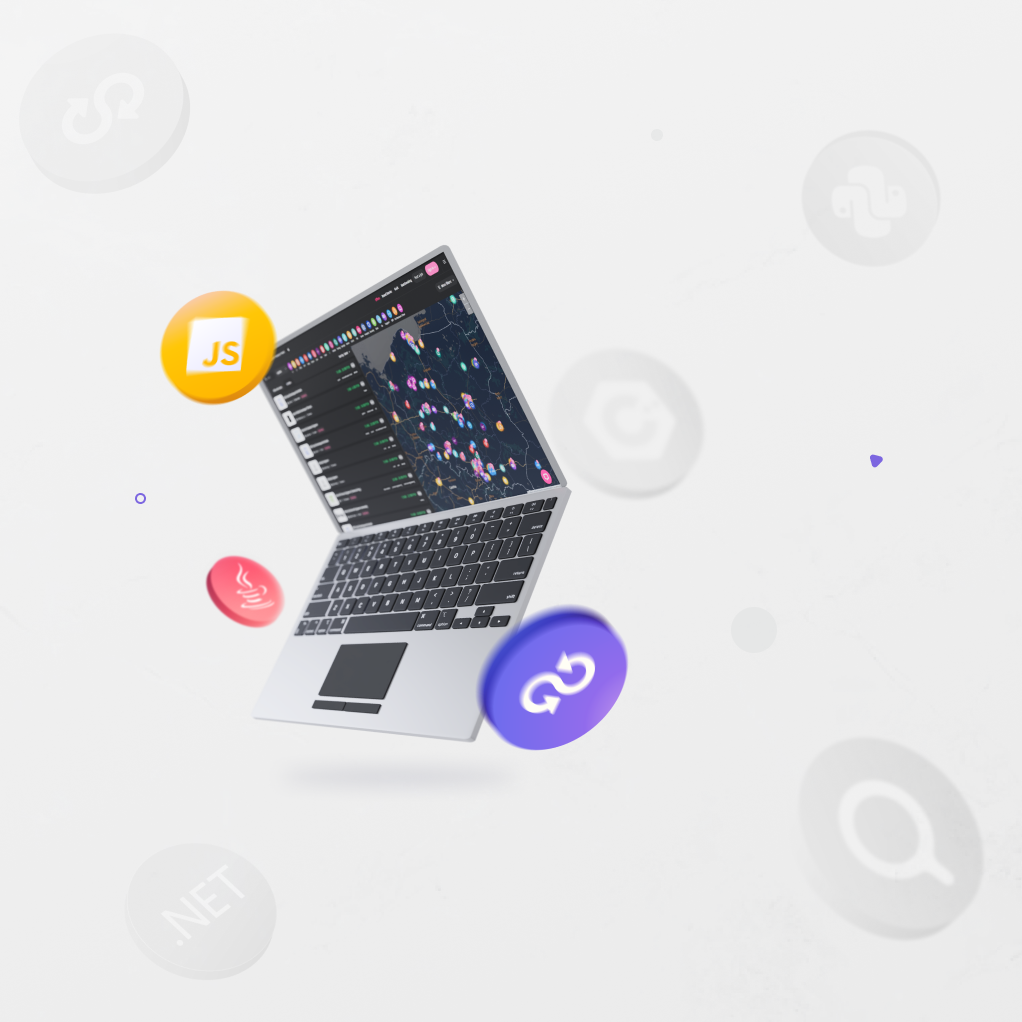 Just Join IT is a company that creates industry-specific job portals. The first of them was justjoin.it – it currently publishes the largest number of job offers with a transparent salary scale for programmers in Poland. With time, two more websites were launched: rocketjobs.pl, created for people seeking employment in marketing, and hellohr.pl, intended for the HR industry. The company strongly focuses on the digital employment segment, i.e. jobs that can be done on the computer and often remotely – via the Internet.

What’s more, Just Join IT creates the largest community for programmers in Poland – today, the company is the first choice of IT professionals looking for job offers from top brands in Poland and around the world. The company employs over 200 people, has 6 offices across Poland and is just starting its expansion into foreign markets.

Just Join IT began as a startup with a two-person team that developed the first version of the service in a tiny bedsit in Gdańsk. At this stage of development, the company used various apps to handle its day-to-day work. Initially, the team members contacted each other via several communicators and used email accounts in a few different domains.

As Just Join IT had big growth plans, it quickly became apparent that a more professional, structured solution needed to be implemented. Security matters also played a significant role – by running a portal for publishing job advertisements, the company had access to sensitive data, which it was legally obliged to protect.

When choosing a suite of productivity tools, Just Join IT specialists compared competing solutions – Google Workspace and Microsoft 365. In the latter’s case, the price proved to be higher and the possibilities limited.

Decision-makers also took into account that many people – especially young people – use Gmail privately, which was expected to translate into the ease of implementing tools provided by Google in an organisation.

Another advantage was that the package did not require any software installation. Those using macOS and Linux could just as easily access web apps as Windows users.

The ability to combine Google Workspace with Windows and advanced mail security weighed on the final choice. 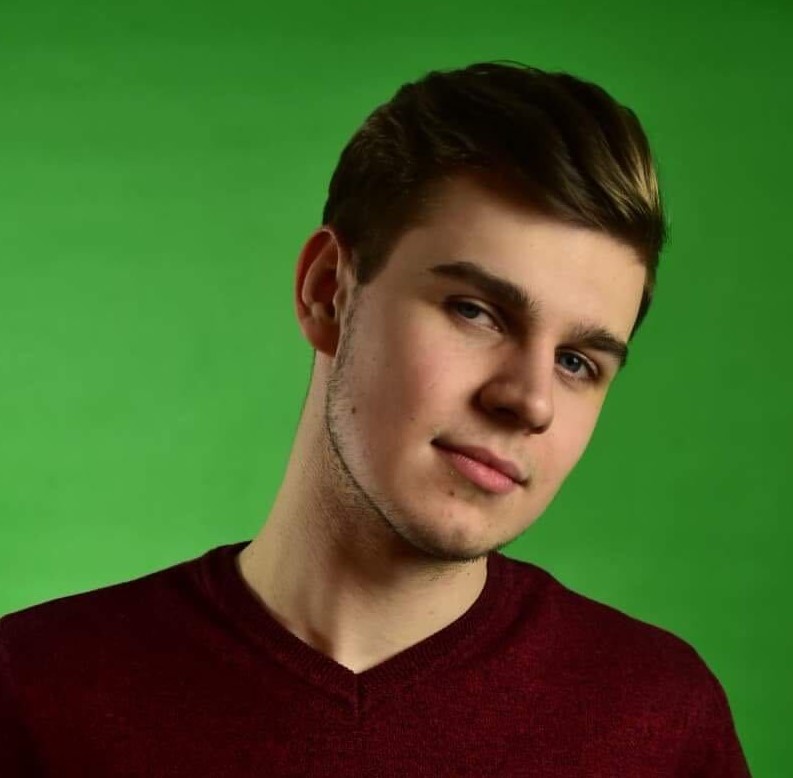 We have worked with FOTC before but to a lesser extent. I made an appointment where the specialist gave me concrete information. They answered every question and showed me how every function I wanted to know works. Grzegorz Piotrowski, IT Support Specialist, Just Join IT

The Just Join IT team now works in a hybrid model, greatly aided by the tools available within Google Workspace. Employees particularly appreciate how fast they can complete individual tasks. Thanks to working in the cloud, they always have all the company’s resources at hand.

There has undoubtedly been a reduction in labour costs. We haven't calculated it to every penny, but the team is working more efficiently, which is visible to the naked eye. Work is flowing much better, and everything is organised harmoniously. Łukasz Żuk, Head of Rocket Jobs, Just Join IT

Sheets are the core of the accounting and financial system

Integrating Sheets with Slack and Forms to create an accounting and finance system is an interesting use of the Google Workspace package in the company. This solution has dramatically simplified the collaboration of salespeople with the accounting department in issuing invoices. Uploading data to Google Data Studio, on the other hand, allows for ongoing statistics and analysis.

In practice, the process works like this: if a salesperson needs to issue an invoice, they go to Google Forms to fill in all the information necessary for the document. Then, on the company’s Slack, there is an automatic request to the accountant to issue the invoice. At the same time, the information is automatically transferred to a spreadsheet where the company aggregates financial data.

All this is also connected with Google Data Studio, where analysts can visualise and explore statistics. This app is where they can, for example, check how sales were distributed by individual traders, products or segments over a given period.

The company has also added some custom scripts in the Google Sheets app, allowing financial data to be submitted more easily. Thanks to this combination of several tools, the company does not need any external accounting system.

Google Meet is a tool for employee integration

The Just Join IT portal is visited each month by over 500,000 programmers who view the job offers published here more than 4 million times. These numbers require employees to act efficiently and thoughtfully. Google Meet is one of the tools that have become the basis for effective company operation during remote work.

Just Join IT also decided to use Google Meet to strengthen employee bonds. When live meetings were not possible, a company Christmas Eve was organised via the app. All participants received the ingredients needed to prepare the meal in advance and then indulged in cooking together during a company-wide video conference under the guidance of a professional chef.

The company has consistently built an engaged community of programmers around its brand. For example, it organised a series of live streams with programmers from all over the world, the first programming Family Feud or the Polish National IT Olympics.

Sheets helped the development of the Programmer 100K competition.

Just Join IT created the first game show designed for the IT industry, the Programmer 100K. Employees used Google Sheets to collect questions and assess their correctness by the Programme Committee. Spreadsheets made it easy and convenient for committee members to point out any errors.

Using Sheets, the marketing team also coordinated questions between the presenter and the director during the actual recording of the episodes.

With Google Workspace, we can efficiently work on documents such as contracts or scenario concepts. We don't have to send each other text files or spreadsheets. We work on files stored in the cloud, where anyone can quickly go in and – if necessary – summon someone from the team to ask about something. Everyone can see the changes made, which has a very positive impact on the speed of work. I recently received an Excel file from another organisation – it took me quite a while to find out what the previous version looked like. In addition, I had to email the file to an employee. I feel that the time taken to handle this was three times longer than when using Google Sheets. Marcin Jaskółka, Head of Marketing, Just Join IT

The From Junior to Senior campaign was based on Google Docs

On the other hand, Google Docs was a perfect tool for the From Junior to Senior campaign. It’s an initiative that allows people just entering the IT industry to ask questions of their more experienced colleagues.

The Just Join IT team collected questions from the juniors, selected a few dozen of the most interesting ones and created a cloud-based text document. In the next step, this file was made available to the public with the possibility to leave comments but without permission to edit the content.

It allowed the seniors to mark which item they were referring to and comfortably answer the questions, while the juniors could read their answers almost in real-time. It was not uncommon for more than 300 people to be in the file at once.

I know the challenges young companies face when organising their work. For us, the switch to Google Cloud solutions has worked out well. (…) It is worth bearing in mind that administrators should know who has access to resources, especially if the company processes sensitive data. They can control it easily in Google Workspace, which helps us tremendously. (…) Let's also remember that this affordable solution offers plenty of growth opportunities. Łukasz Żuk, Head of Rocket Jobs, Just Join IT