How switching to public cloud supports Arena.pl in paying off its technical debt and developing its e-commerce platform? 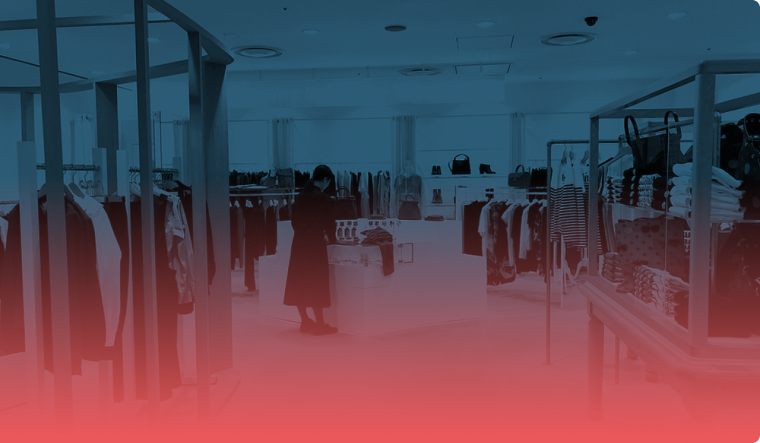 Arena.pl is one of the biggest e-commerce platforms in Poland – in 2020, the platform was ranked 20th in Forbes’ Polish e-commerce ranking.

Arena.pl offers e-commerce space to sellers-entrepreneurs – currently there are about 6 thousand shops registered, offering over 3 million new products in total. Each month the platform is visited by more than 400 thousand unique users, with 10 to 25 thousand users making a purchase. Since you can buy products from any sector at arena.pl, the traffic on the platform fluctuates depending on the season or changing shopping trends.

The person in charge of the platform’s technological development is Kamil Bednarek – IT Director. He’s supported in his efforts by, among others, Maciej Wachowski – IT Support Specialist, responsible for infrastructure administration and maintenance.

The cooperation between Arena.pl and FOTC started in 2017, with the primary focus on G Suite. Soon after, the scope of our partnership increased to include Google Cloud Platform.

We wanted to have a partner based in Poland – it’s better than having to contact Google directly. It also makes our cooperation more flexible, and it’s easier to settle accounts in the local currency. When considering both G Suite and Google Cloud Platform, we decided to work with FOTC – they are the leading Google partner in the Polish market. Maciej Wachowski, IT Support Specialist at Arena.pl

Kamil Bednarek, IT Director at Arena.pl, saw an opportunity to improve the platform and increase the rate of its growth. It required technical refactoring and changes in the infrastructure.

The Arena.pl platform used to be based on the company’s custom on-premise infrastructure solution. This involved certain difficulties in the following areas:

The quick development of the platform led to a considerable technical debt. The debt hampered further growth and halted the complete migration of the platform to the cloud environment. Kamil and his IT team had to face challenges such as:

Unfamiliarity with the public cloud concept

The local IT team, used to on-premise infrastructures solutions, found cloud computing quite foreign. Kamil mentioned that many specialists weren’t even aware of Google Cloud Platform’s potential. This gave rise to certain concerns, and the team was not sure about the solution’s flexibility and user-friendliness (as promised by Google).

One of the biggest difficulties we came across was the unawareness of what Google Cloud Platform actually was and what it could offer. It was a technology we were totally unfamiliar with, one that we were getting used to gradually, testing the waters. But ain’t no mountain high enough, as they say – and this case was no different. Kamil Bednarek, IT Director at Arena.pl

A decision was made to abandon the on-premise solution and switch completely over to a public cloud. The team, a bit apprehensive about the new solution, migrated services one by one, getting to know the hang of the cloud environment and the standards of infrastructure maintenance at the same time. The first step was to migrate the testing and development environments, followed by the migration of the production version. Each step brought more and more awareness of the public cloud’s potential, which translated into making increasingly better use of the available services.

At present, Arena.pl’s infrastructure is based on the multi-cloud model, combining Google Cloud Platform’s services with Amazon Web Services and Microsoft Azure solutions.

Around 90% of our infrastructure is Google Cloud Platform. We pick the best solutions from each cloud and adapt them to our current projects and operations. An important thing is that the security of storage of data spread across different platforms always comes first. Kamil Bednarek, IT Director at Arena.pl

Arena.pl utilizes GCP services offering e.g. virtual machines in the IaaS and PaaS models, enabling cloud storage and processing of data, BigData analytics, containerization, monitoring, and analysis of the system. Kamil highlights three main advantages of GCP over the on-premise solution his company had been using before. These include:

Arena.pl’s IT team is already very much aware of the potential of cloud computing – and takes full advantage of this potential to improve the platform. FOTC acts as an intermediary between Arena.pl and Google – we support our client in organizational or formal matters, take part in negotiations with infrastructure service providers, and help in solving any potential problems with using Google Cloud Platform. We also make it possible for the client to settle accounts in their local currency.

We’ve chosen the simplest way to pay off our technical debt. We’re a bit at a crossroads between the old and the new system – some assets need to be rewritten from scratch, some need to be improved. Google Kubernetes Engine lets us keep the right balance in this aspect. It would be surely much more difficult to achieve if we had stuck with the on-premise solution. The possibilities offered by GCP in this case are invaluable. Kamil Bednarek, IT Director at Arena.pl

Using GCP gives me and my entire team a sense of security and stability. We don’t have to bother ourselves with something we’ve already done. We create, test, and implement features, and return to a given feature only when it’s necessary to make changes resulting from e.g. certain business needs. Kamil Bednarek, IT Director at Arena.pl

The advantages of switching to a cloud solution as reported by Arena.pl:

The time to deploy is clearly shorter, and the developers say they find it more comfortable to work now. But the most important thing for us is that GCP has made technology no longer get in the way of business. Business is now able to flexibly change the requirements of particular apps without encountering resistance from IT administrators. Kamil Bednarek, IT Director at Arena.pl

Let me be frank. The multi-cloud model involves certain discomfort, resulting, for instance, from the need to use various client libraries or from the differences in the cloud architecture. When we were migrating Arena.pl, Google Cloud Platform did not yet have all the services we needed. And now they’re available, verified, and fully operational, that’s why we want to switch completely from AWS and Azure to GCP. Kamil Bednarek, IT Director at Arena.pl

By continuing to use the site, you agree to the use of cookies.AcceptPrivacy policy