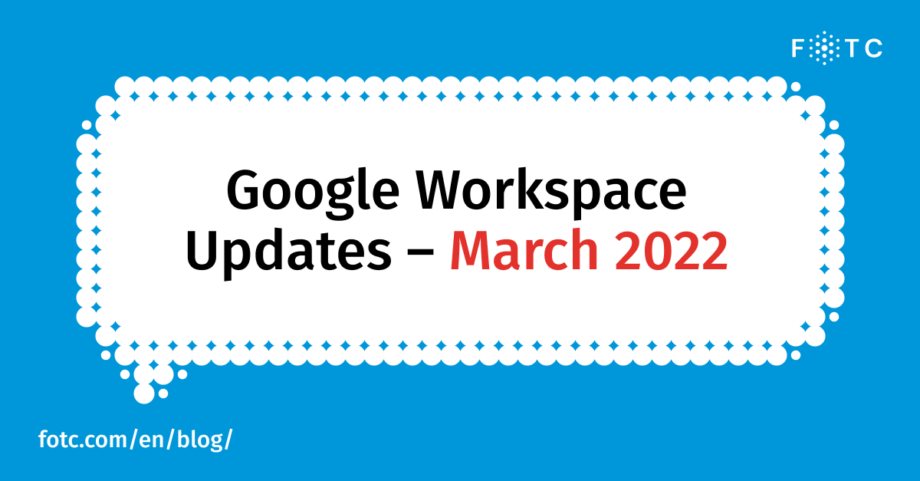 For years, Google has consistently focused on increasing the productivity of people using their tools at work. This attitude is clearly reflected in the new features appearing in the Calendar, Documents and Chat in March, among others. Additionally, the company has announced several innovations that increase the users’ data security and facilitate team communication.

Possibility to book appointments in the Calendar

This is one of the functions whose announcement was met with great enthusiasm. The opportunities offered by the change were widely commented on in social media, including on groups focused around Google Workspace. By the way, such groups are useful sources of knowledge, so if you want to keep up with the news, joining one of them is a good idea. Here, for example.

Getting back to the function itself… We are talking about the possibility of booking meetings in a given user’s Calendar by people from outside their organisation. How does it work? The given person determines their availability and shares the Calendar externally, and their contractors and customers can book appointment dates by themselves.

What’s important, the feature is available even to those without a Google Account. Thanks to automatic detection of conflicts with existing Calendar events, users will save time searching for and rescheduling appointments.

Although it’s a seemingly small change, it can make communication significantly easier. From now on, additional statuses will be set in the Chat based on the Calendar. Co-workers will see in the chat that a given person is in a meeting, or they are currently in their focused work block.

Sharing conversations in Rooms via a link

Another change introduced by Google to the Chat is the ability to invite colleagues to your room via a link. In practice, this means that a conversation can be joined by a person who has not been added to a room. Simply clicking on the link you provided will automatically take them to the linked discussion.

Importantly, the link sharing option can only be enabled when creating a new Room. For the time being, it is impossible to invite users to a conversation that has been in progress for some time via a link. It’s also worth noting that a link shared outside the organisation will not fulfil its function.

Searching for people in Google Search

Cloud Search is a search engine that allows you to browse Google Workspace content across your organisation. Now, the tool will also allow you to easily search for people.

Simply enter any attribute assigned to the user you’re looking for – for example, their name, surname, email address, location, or position – and you’ll see profiles of people meeting that requirement in the results. Interestingly, attributes can also be combined by typing, for example, Marek Marketing Specialist. Clicking on a profile will display the person’s tab in Contacts, which will show more detailed information about them.

In March, Google announced three new features that have already appeared or will become available in Docs any time now. All three focus on increasing the user’s work comfort and efficiency.

As early as April, Docs users will be able to use plain-marked text formatting. Entering the appropriate character will automatically format the document in terms of creating lists (numbered and unnumbered), headings, links, text bolding and italics. By default, this function will be disabled and can be activated in the preferences (Tools->Settings).

Anyone occasionally needing to consult the team about the content of their emails will be happy with the ability to now do it in Docs. This is due to an email template appearing in the app.

It allows users to easily define the recipients and create a message, and then work with others on its final shape using comments and suggestions. When everything’s ready, simply click the icon to the left. The message will then be automatically transferred to Gmail and all that will be left for the user to do is to click the “Send” button.

Last March, Google announced the expansion of Docs with another smart feature. Soon, people working in the application will be able to use improved writing hints. They will see style and text composition improvement suggestions – there will be hints prompting them to use a different word, active voice or a more concise sentence structure. What’s more, the function will detect words that may seem inappropriate and propose a more inclusive alternative instead.

Embedding charts in Docs and Slides

Another productivity-increasing feature has appeared not only in Docs, but also in Slides. You can now embed charts created in Forms in both of these applications. When the data in the source tool is changed, you will not need to copy the charts over again to the created document. Instead, simply update the field in which they were embedded.

This option is especially useful for those who want to present the results of surveys or polls in real time.

In Google Classroom, teachers can now schedule publication of posts in multiple classes. This is a great way to save valuable time. After creating a task, the teacher can save it as a draft or specify when the post should be published (immediately or at a pre-set time).

After assigning a task for multiple classes, the teacher can edit it in each class separately. Please note that clicking the “Copy settings to all” option will delete the previously customized settings.

In March, there was also an update of the audit logs interface in the Google Workspace console. This allows administrators to identify an organisation’s security issues without having to switch between several tools.

New search fields will be introduced to the console. For lists containing more than 15 items, administrators will be able to pin the most frequently used attributes.

It will also be possible to search in filter or conditions mode. In the former, administrators will be able to specify the search parameters they need, and in the latter, they will be able to display previously used filters as conditions with AND/OR operators.

Last but not least, an important security change. Google Workspace has long used the latest cryptographic standards to encrypt all data – whether during storage or transfer. However, a while ago the company also decided to implement client-side encryption. The beta version of this service was announced last year, and it has now entered the next phase. This encryption will be publicly available in Drive, Docs, Sheets, and Slides.

The solution gives the user full control over their data as the exclusive owner of private encryption keys and provider of the identity used to access them. When using client-side encryption, Google cannot decipher the secure data.

To enable client-side encryption, you must select a key access partner: Flowcrypt, Fortanix, Futurex, Stormshield, Thales, or Virtru. Each of them has been built in accordance with Google’s tool specifications and allows management of access control functions and the keys themselves. The chosen partner either has a key to decrypt the encrypted Google Workspace files, or simply provides software that allows storage of keys at a given organisation’s headquarters.

In both cases, Google cannot decrypt encrypted files without a key that it can never access. An alternative using a partner’s services is to build your own service using an API. 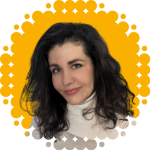 Аlexandra Zielyk has over 14 years of experience in marketing, public relations and copywriting in the Ukrainian market. She has been working in the IT field for the last 11 years.